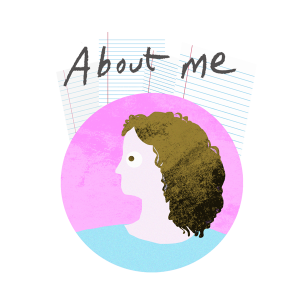 I am a freelance journalist writing regular cover stories and inside pieces for the features pages of G2, Guardian Weekend, Times2, The Times Magazine, The Sunday Times Magazine, New Scientist, Stylist and other publications, often with a psychological slant. I also work shifts on the features desks of a range of newspapers and magazines.

The pieces I am most proud of include my first-person piece about growing up with an older father, my interview with a mother whose daughter was abused by a family friend and my article about the age of envy. I’ve had great fun working out with Mr Motivator, and my interview with the girl who pulled a 1500-year-old sword out of a Swedish lake went viral. I strive to expose the beauty and pain in our everyday lives; instead of splitting issues into black and white, I take a magnifying glass to the grey, clarifying the complexities rather than oversimplifying and reducing people and their issues to problems with straightforward solutions. Occasionally I am also funny.

Before going freelance I was Acting Commissioning Editor of The Times daily features section, Times2, and Editor of Times Woman, a weekly email sent out to subscribers. And before that I was number two on the features desk of the UK’s biggest-selling women’s magazine, Good Housekeeping, where I told the stories of inspiring women, interviewed public figures from Gwyneth Paltrow to David Cameron, commissioned and edited copy from award-winning writers and took delivery of (and wrote about) £20,000 worth of vibrators. During this time I also worked on the memoir of a women’s rights activist and wrote the French translation for the BAFTA-nominated film Black Pond.

This year I am shortlisted for Best Print Writer (Consumer) in the BSME Talent Awards. In recent years, I have won, been highly commended or shortlisted for four PPA New Talent / BSME Rising Star awards; my my piece on egg freezing won a Guild of Health Writers Award in 2016; and my New Scientist cover story on sperm was highly commended in the 2018 awards. I have an MA in Magazine Journalism from City University, and a BA in French and Italian from the University of Cambridge. I now live in London with my husband.

In my work as a journalist I found myself intrigued by the power of listening to help people in distress. I am in psychotherapy training and also have experience volunteering at three charities: at The Listening Place, which offers regular face to face listening for suicidal people; at CARIS, the bereavement counselling charity; and at Mind, the mental health charity. These experiences have been mind-opening, and they are shaping my journalism, just as my journalism has shaped me. 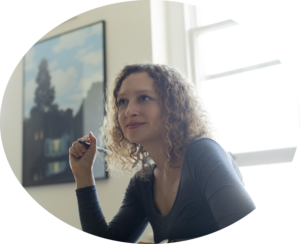